USE CODE FREESHIP FOR FREE SHIPPING OVER $140, OR CHOOSE FREE CURBSIDE AT CHECKOUT.

Their origin was inspired by cave paintings in the area. The cave paintings show whimsical animals and flora of the region and are said to predate the Aztec empire. While these designs showed up in various forms of art throughout the centuries, the Tenangos we know today have only been around for about 100 years. Despite being comparatively new, they carry the history, richness, and depth of the centuries. These works of art are vital to the flourishing of those towns. Some pieces can take a year to embroider. It’s during these embroidery processes that the older generations are sharing their trade with the younger ones. They are speaking their native language and their spoken history to those sitting shoulder to shoulder and embroidering alongside them- often their children and grandchildren. When machine embroidered items replace the hand made items of Tenango, that exchange of embroidery moments between generations is lost. Younger generations have seen the demand for handmade lessen as the demand for machine made increases and they don’t see a future for themselves in their cultural work. Because of this, the spoken history is lost. Their language and the nuances unique to that language are lost. Young people disconnect from the culture of their parents and grandparents and oftentimes leave to work elsewhere. Increasing the awareness of buying power as it affects culturally important art in ethnic communities is essential to keeping these cultures alive and flourishing. 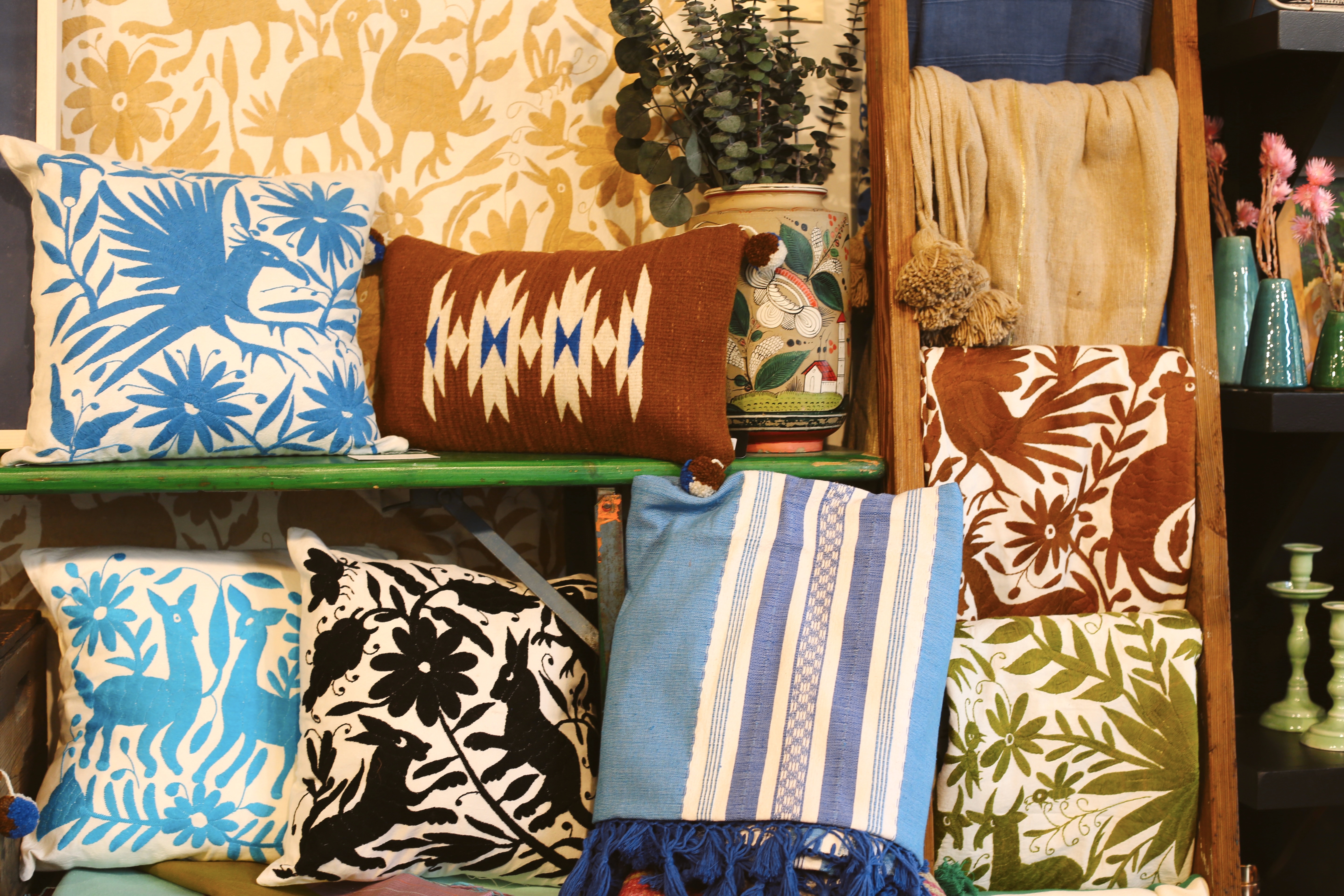